← back to
Auand
Get fresh music recommendations delivered to your inbox every Friday.
We've updated our Terms of Use. You can review the changes here. 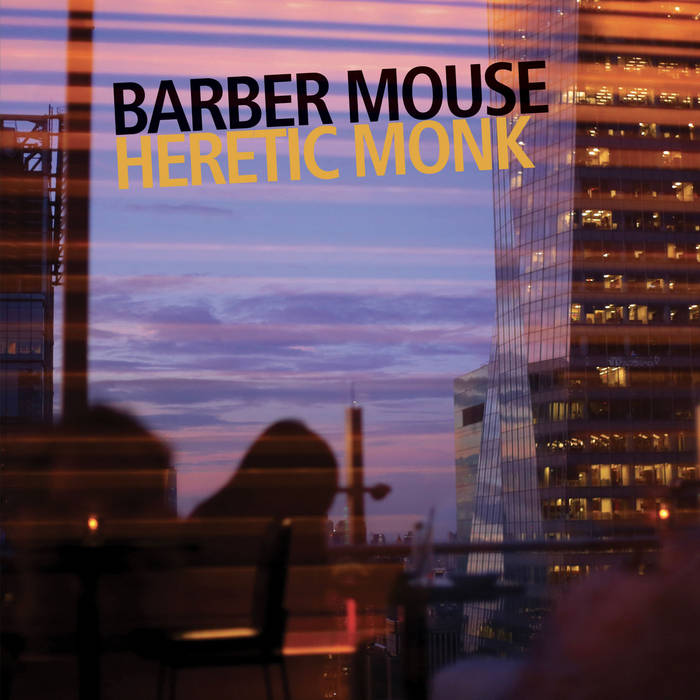 Barber Mouse, Heretic Monk
A heretic approach might be the best way to deal with Monk

Italian double bass player and composer Stefano Risso has a long experience in working with acoustic and electronic music. He connects avant-garde with tradition, improvisation with songwriting, to create a unique soundscape.

He formed the Italian trio Barber Mouse along with drummer Mattia Barbieri (who collaborated with Richard Galliano) and pianist Fabrizio Rat (a popular name in France, well-known for his techno/contemporary music skills) around 15 years ago. Their debut studio album, released by Auand in 2012, was a tribute to electro-pop band Subsonica, one of the most popular acts in Italy, and it featured Subsonica’s frontman: Samuel.

Ten years later, Barber Mouse’s second studio album is filled with many of the ideas that marked the first one: experimentation, research on timber, acoustic instruments adapted and played in a way that makes them sound like electronic instruments instead. While the first album kept away from jazz, the new one dives into it, with a tribute to a jazz giant such as Thelonious Monk, to his compositions and the standards he reinvented.
“Heretic Monk”, published by Auand Records, will be out on Friday, March 11th. The singles will appear on all streaming platforms starting Friday, February 25th.

The new material was recorded in 2011, but it remained untouched for a long time. «We don’t really know why – Stefano Risso recalls – Maybe it’s because we were carried away by the production, and in the meantime we all have walked different paths. But when listening to it again, its contemporaneity hits. When you look at your projects from afar, you can focus on the essential. I think it’s more relevant today than it was when we recorded it. This is why we wanted it to resurface today.»

Harmony is key in “Heretic Monk” – and it somehow recalls fractal geometry. Some of Monk’s signature chords in his works and piano voicings are put back to their basic outline, reduced to four-note chords and used in place of scales and more traditional chords. Following this logic, every tune in the album has been re-harmonized – even improvisations follow this rule, which limits the number of notes you can use. On the listening side, you feel like the harmony is expanding upon itself, just like the fractal structures we can see in nature – such as crystals or leaves.

«The prep work before recording has been quite long. We were somehow forced to get rid of any language stereotype to play with this four-note chord approach. We couldn’t use familiar phrasing because it wouldn’t fit. So we’ve studied and rehearsed hard to make our way through such strict harmonies – even if they are respectful of the original ones, they are also quite distant from them.»

«I think the major element in this album – Fabrizio Rat adds – is the process of transforming existing music. It’s like being in front of a language you know, after you forgot it because of amnesia. We found ourselves interpreting those signs with a new logic, using harmonic rules that are quite far from the usual jazz rules, and undoubtedly pushed by our love for Monk’s limitless music.»

is a composer, producer and bass player.His vast production and intense concert activity range from instrumental music (jazz, avant-garde jazz, and experimental) to vocal music, rock and folk, and popular or auteur songs, of which he has always been a keen admirer. He has written and produced music for the theatre, and has created music projects for several writers and video artists. ... more

Bandcamp Daily  your guide to the world of Bandcamp

Sampa The Great joins the show to discuss her release, "As Above, So Below".